From April 16 – 21, Prosper Marketplace sponsored a study of 213 American females between the ages of 25 and 54 from MarketCube, a research panel company, about their experiences trying to conceive a child with fertility treatments.

Each respondent had to meet the following criteria to participate:

According to the CDC, 12 percent of women of childbearing age (15-44) have received treatment for infertility – a total that equals 7.3 million U.S. women.[1] Even considering this scope, though, it’s exceedingly rare for health insurers to cover the majority of the cost incurred by infertility treatments. In many cases coverage at all is a rarity.

Our study found that the majority of women (84 percent of those surveyed) undergo at least two cycles of IVF, and as a result are struggling with the financial implications of infertility. The majority of respondents have incurred considerable debt (especially credit card debt) as a result of these treatments. In fact, our survey found that the financial implications of infertility far outweighed the health or emotional concerns.

Also of note is the large disparity between women incurring credit card debt as opposed to debt from alternative lending options, many of which can offer considerably lower interest rates and more favorable repayment terms than traditional credit cards.

The healthcare industry is plagued with high deductibles and spotty customer service. We see a huge need for consumer-friendly, competitively priced financing alternatives for people whose elective medical procedures aren’t covered by insurance or fall below the deductible.

Cost is by far the most significant concern for women undergoing infertility treatment, with nearly 84 percent of respondents saying they were concerned or very concerned about financing treatments. 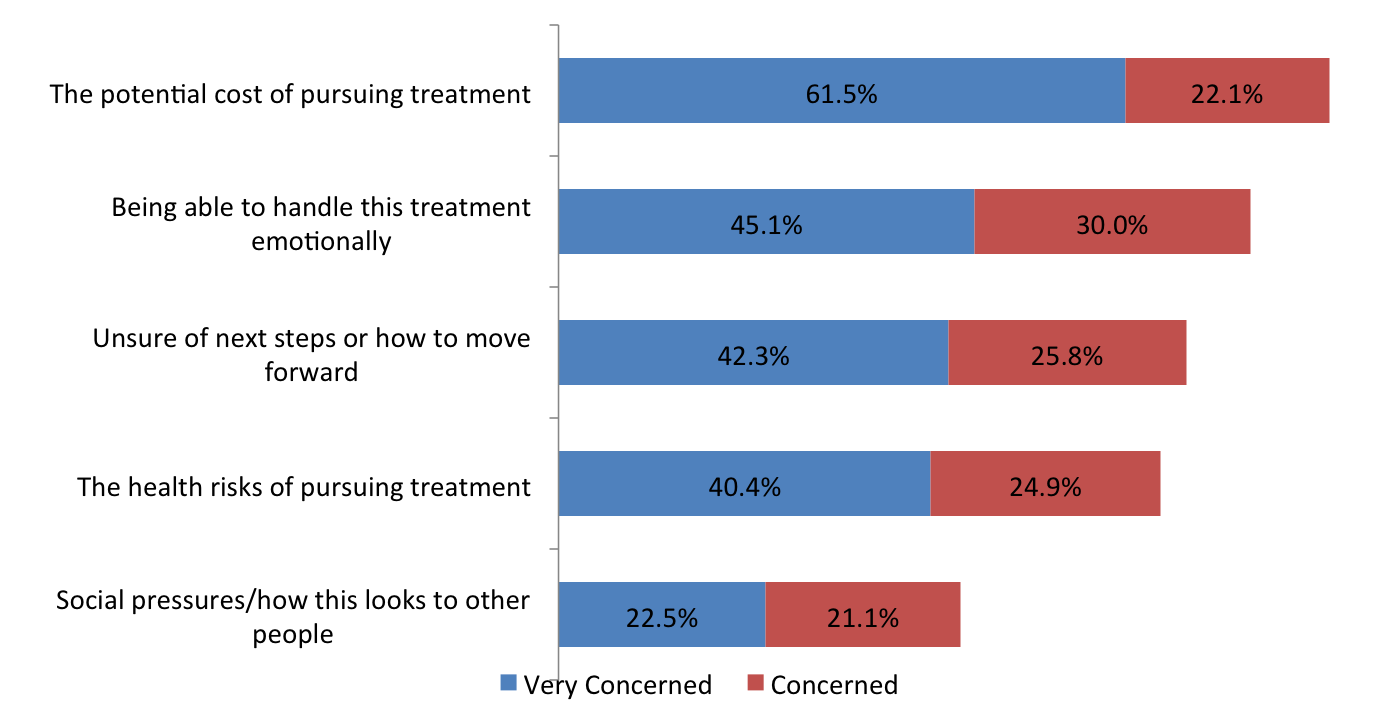 When we break out by age groups, the numbers shift in some interesting places. While cost remains the single-biggest concern across the board, the younger set is far more concerned with the emotional and societal pressures than older respondents. 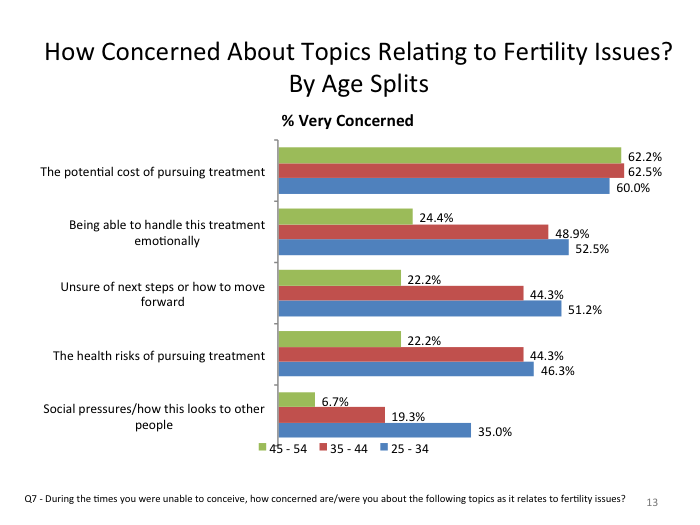 The majority of respondents have completed 2+ fertility cycles to date. 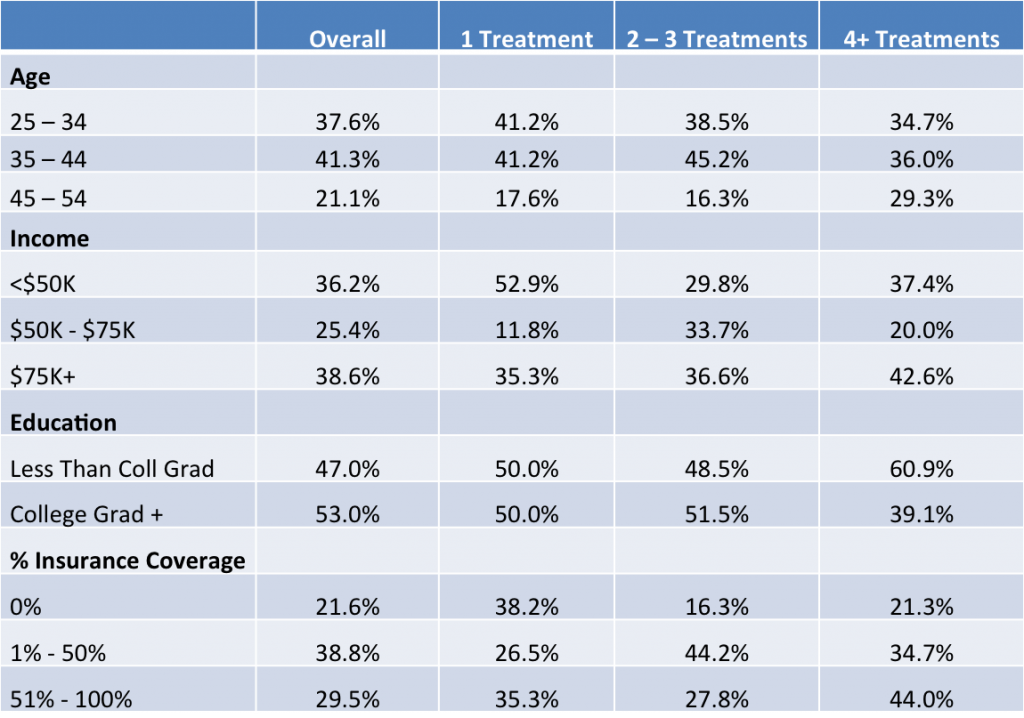 PERCENTAGE OF COSTS COVERED BY INSURANCE 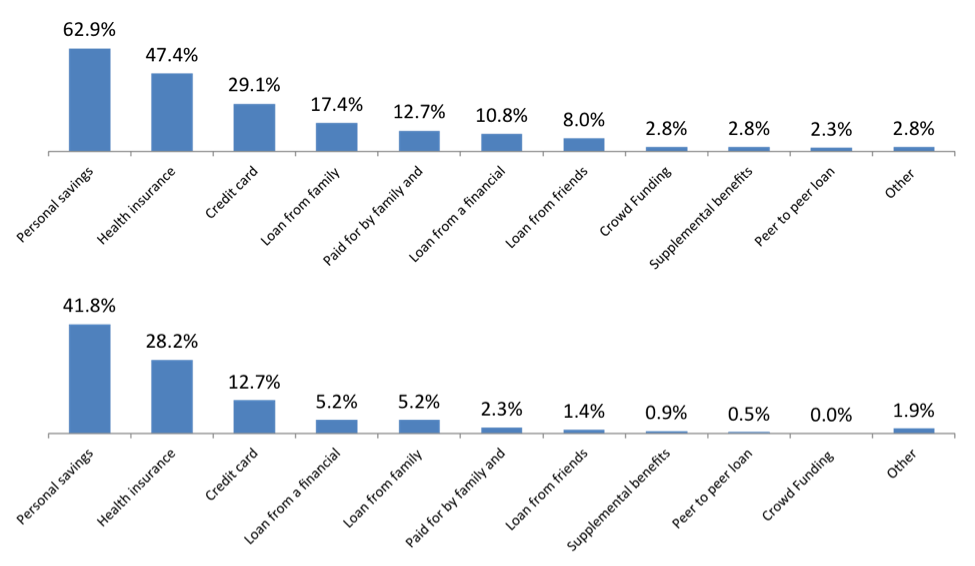 70 percent of those surveyed incurred some degree of debt from their fertility treatments. Nearly half (44 percent) incurred more than $10,000 in debt from fertility treatments. For younger women (25-34), this jumped to 52.4 percent incurring more then $10,000 in debt. For the same age, more 26 percent reported incurring more than $30,000 of debt.

Respondents that used credit cards to pay for at least part of their fertility treatment were more likely to incur at least $10,000 in debt. Also of note, less than three percent of respondents relied on peer-to-peer loans, an increasingly popular and effective way to consolidate credit card debt, as a form of payment.[3]

For nearly half of those polled (49 percent), costs impacted the level of treatment they ultimately chose to pursue (less expensive treatment or facility). Almost 34 percent of those women had to stop treatment due to costs. 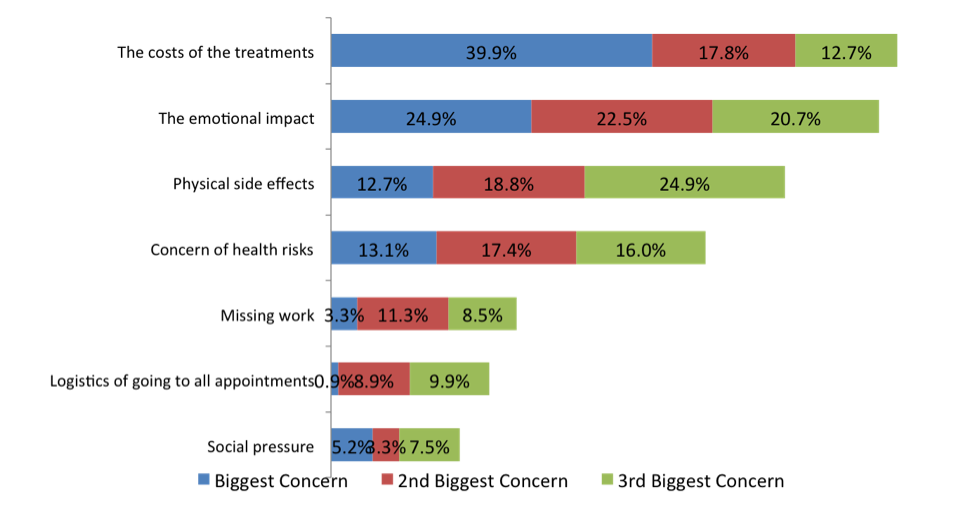 The cost of treatments was also the single largest factor for those respondents that initially decided to delay fertility treatment – nearly 82 percent. 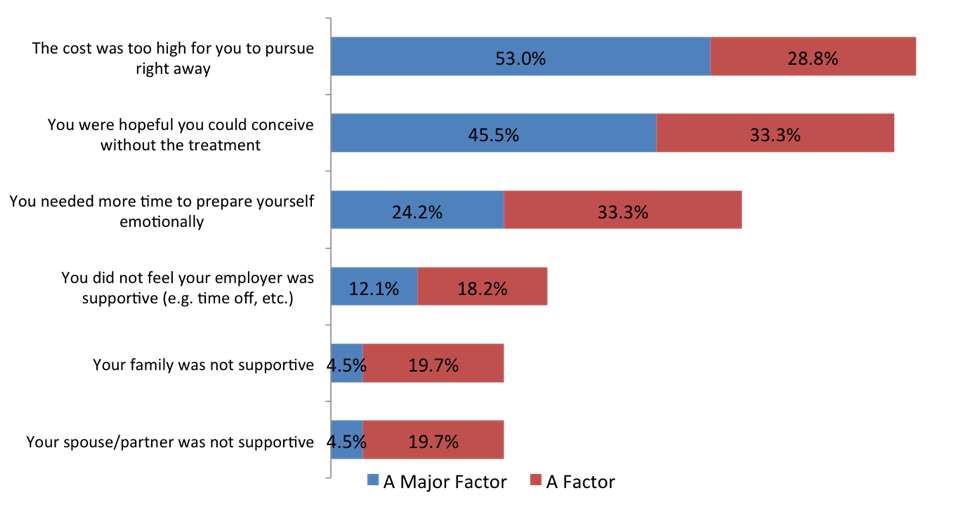 PUTTING OTHER FINANCIAL GOALS ON HOLD

Nearly 70 percent of those surveyed put other financial goals on hold to receive fertility treatments. The primary things put on hold were travel and buying a home.

More than 33 percent of respondents reported their employers to be less than “Supportive” of women’s health issues. Getting time off was the most prevalent issue with those that felt their employers were not supportive.

For press releases and media inquiries: Prosper in the News or [email protected]

Thanks @lendit for highlighting Prosper an option for non-accredited investors to earn solid returns. https://www.prosper.com/invest
#fintech