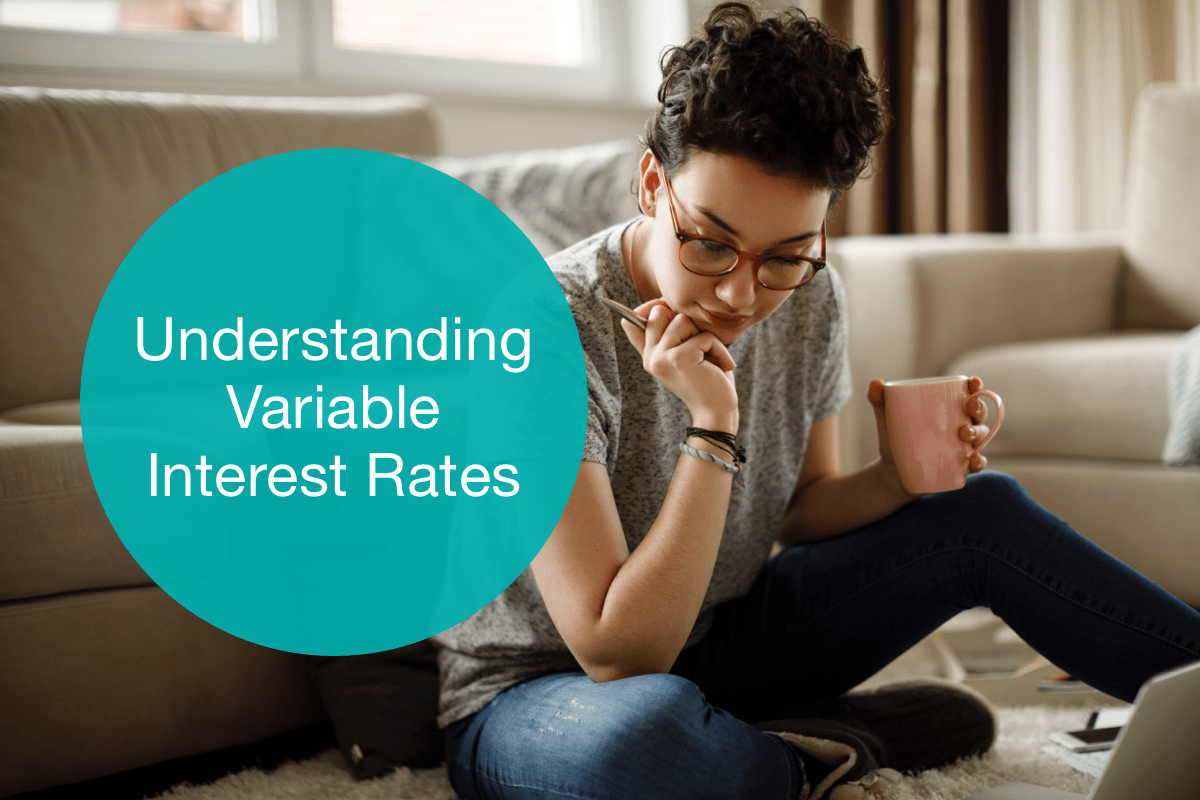 When it comes to figuring out if a particular loan could be a good fit for your financial situation, interest rates are an important consideration. After all, your interest rate is a key factor in the total cost of borrowing. There are two main types of interest rates: fixed and variable. Here we’ll take a closer look at variable interest rates, including how they differ from fixed rates and how they’re typically determined.

How are fixed and variable interest rates different?

It’s also possible to have a “hybrid” loan, which would have a fixed interest rate for a certain period of time then switch to variable interest rate.

How are variable interest rates determined?

In most cases, the interest rate you’ll pay equals the specified benchmark rate plus a markup determined by the lender, sometimes referred to as a “spread” or “margin.” Your markup often depends on the strength of your credit profile: stronger credit typically means you’ll be charged a lower spread, and therefore a lower interest rate.

How frequently your variable interest rate changes depends on the terms of your loan. For example, some credit card issuers change their interest rates at the start of the next billing cycle following a change in the prime rate. Other loans make interest rate adjustments on a quarterly basis. Be sure to read your loan agreement to see how your issuer sets and adjust rates.

What are the possible pros and cons?

It’s also worth noting that a loan with a variable rate typically starts out at a lower rate than a similar loan with a fixed rate. If you choose the variable-rate option, it’s true that you’ll be taking on a certain level of risk that your rate could go up—but you’re also (potentially) starting off with a lower rate than you’d get with a fixed-rate loan. For some people, this is an important benefit. Before making a final choice, smart borrowers spend time crunching the numbers on potential interest payments and also thinking carefully about their comfort with possible rate increases.

Prosper recently announced that it will launch a HELOC product in 2019. To learn more when a Prosper HELOC is available in your state, visit: https://www.prosper.com/heloc